Which School Has the Nicest Dorms 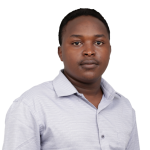 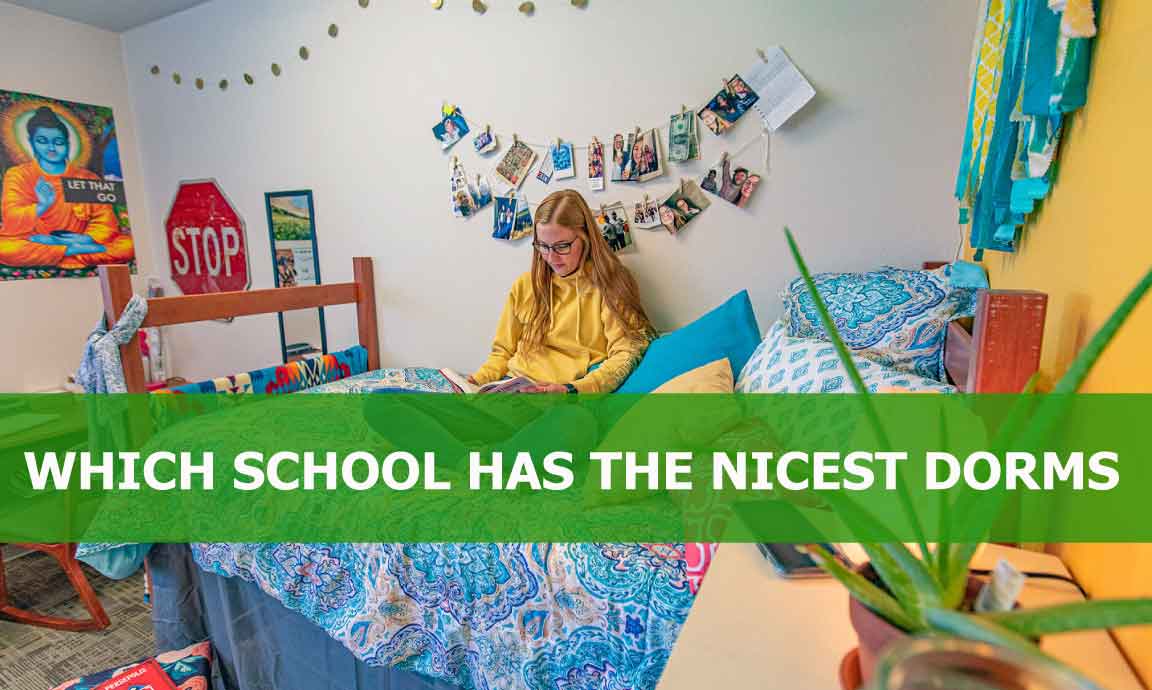 Which School Has the Nicest Dorms

Washington University in St. Louis has some of the best dorms in the country. After a hard day of studying at Washington University, students come back to soft beds, new, quiet dorms, and other amenities for their comfort. The University has a variety of dorms and apartments for all its students. The impressive dorms have soft mattresses (Tempur-pedic), and most dorms have up-to-date air conditioning. There are only a few old dorms with common-floor bathroom facilities; most dorms have private suite bathrooms. Their interiors are quite outstanding, with the College constantly making improvements. Laundry is quite easy, with washers and dryers on each and every floor.

Which School Has the Nicest Dorms in the US

The South 40 is where you will find all of Washington University’s first-year students’ dorms. Therefore, you have to stay here if you’re a freshman. However, most sophomores end up living here as well. The South 40 has fantastic features and amenities, including a workout center and a basketball court. Similarly, it houses various student-run businesses, including a candy shop and a bike rental store.

Additionally, there is a dining center with diverse meal options for all students. Consequently, a top-notch clinic is available for medical emergencies. The South 40 is an ideal student residential area with a gym, technology center, meeting rooms, intramural fields, and sand volleyball courts. In addition to that, there are recreation and game rooms and music practice rooms.

The South 40 includes ten residential colleges at the southwest end of the Danforth Campus. Student residence houses are either modern or traditional buildings. All rooms in the South 40 include a Bed Frame, an Extra Long Twin Mattress, a Dresser, Closet Space, a Carpet, and blinds. In addition, there is central air conditioning, an Adjustable Bed Frame for additional space, a Desk and Chair, and a Trash and Recycling Bin.

The South 40 has two building designs. The Modern buildings consist primarily of double rooms, with some triple and single rooms adjoined by a restroom. In contrast, the Traditional buildings have single, double, and triple room options on each floor. Each floor community shares common restrooms with some halls configured in a suite-style with double and single rooms and a shared restroom.

The North Campus consists of various halls of rooms with an interactive 360° Layout. The different halls come in diverse designs, each having distinctive floors, amenities, and suites to house many college men. The halls also have fantastic features and amenities, including a workout center, a basketball court, and a dining center with diverse meal options for all students. Similarly, there is a top-notch clinic for medical emergencies, a gym, a technology center, and various meeting rooms in this section. In addition, recreation and game rooms are notable features in these halls. There are also music practice rooms for art enthusiasts.

The halls include Eden’s Hall, a member of the Edens-Higginson community. It consists of four floors and offers double and triple occupancy rooms. The bathrooms in this residential hall serve students of the same gender living in 4-5 person suites. Similarly, the Higginson Hall is a member of the Edens-Higginson community. The Higginson Hall consists of five floors and is home to 221 student residents. The hall offers double rooms in a suite-style configuration. Others include the Mathes Hall and the neighboring Nash Hall on the north side of campus, which can house over 300 residents each.

The Ridge Campus features interactive 360° Room Layouts with excellent amenities and facilities accessible by each occupant. Some of the dorms at the ridge campus include: Which School Has the Nicest Dorms

The Alma Clark Glass Hall consists of seven floors and is home to over four hundred residents. The dorm offers single, double, and triple occupancy rooms that you can access from interior corridors. All doubles and triple rooms in the building have independent bathrooms. However, all singles fit in a hall with common bathrooms.

The Ridgeway Alpha is a member of the larger SODA community. The hall consists of three floors and is home to over a hundred residents. Ridgeway Alpha offers single, double, and triple rooms that you can access from interior corridors. In addition, community bathrooms serve the students of the same gender living on the wings of each floor. Similarly, the amenities are easily accessible to ensure the maximum comfort of each student.

Ridgeway Beta is part of the BGK community that consists of Beta, Gamma, and Kappa Residentials. Ridgeway is home to over two hundred student residents in nine stacks. Most of the stacks consist of four floors, with each room having its exterior door. In addition, each room can house occupants in four double-room suites that are connected through a common suite bathroom. Which School Has the Nicest Dorms

Ridgeway Delta is part of the collective SODA community that consists of Sigma, Alpha, Delta, and Omega. Delta Hall consists of four floors and is home to over one hundred residents. The occupancy format at Delta offers single, double, and triple rooms that you can access from interior corridors. In addition, there are community bathrooms to serve students of the same gender.

Ridgeway Gamma is part of the wider BGK community that consists of Beta, Gamma, and Kappa. Gamma has over two hundred residents in 20 stacks. Most of these stacks consist of four floors with independent rooms, each having its exterior door. The housing format holds residents in four double-room suites that connect through a suite bathroom. Which School Has the Nicest Dorms

Ridgeway Kappa is part of the wider BGK community that consists of Beta, Gamma, and Kappa. Kappa has four floors and is home to over two hundred residents. In addition, it offers single, double, and triple rooms that you can access through interior corridors. The community bathrooms serve the students of the same gender who live on the wings of each floor.

Ridgeway Omega is part of the SODA community that consists of Sigma, Alpha, Delta, and Omega. Omega is a three-floor building and is home to over one hundred residents. The student residential offers single, double, and triple rooms that you can access from interior corridors. Similarly, community bathrooms here serve the students of the same gender living in the wings of each floor.Which School Has the Nicest Dorms

Ridgeway Sigma is part of the SODA community, consisting of Sigma, Alpha, Delta, and Omega. Sigma has five floors housing over one hundred residents. Sigma offers single, double, and triple occupancy rooms with interior corridors. Community bathrooms serve the students of the same gender living in the wings of each floor.

Best and Worst Dorms at Washington University. Which School Has the Nicest Dorms

The best dorms at Washington University include the Umrath and the South 40 House. The halls are clean, modern, and connect to various facilities and excellent amenities. In addition, the Lien and Gregg halls are also state-of-the-art, with the benefit of being the closest to campus. They also feature ideal designs and room layouts that house diverse learners.

The Worst dorms at Washington University include the Lee and Beaumont halls. These are the most dated dorms with common-floor bathrooms. In addition, their rooms are also small and cramped. The first-floor dorms have big windows that provide little or no privacy. The second worst halls include the Shanedlin, Dauten, and Rutledge dorms. Similarly, they’re the oldest on the campus. Additionally, the rooms in these dorms are super dark and stuffy.

The housing selection process is the bane of everyone’s existence at Washington University. Therefore, you need to budget a lot of time and resources to have a peaceful enrolment. In addition, you need to be flexible if things don’t work out. Towards the middle of each year, you must join your friends and plan for next year’s housing. This way, you can move from suite-style to an ideal dorm building. Seek information early because housing selection tends to be cliquey, and you will often be shut out of groups. However, the University has a variety of room plans. Therefore, you can opt for a group of 2 people), a suite of 4 to 6 people, or even a single, if you prefer living alone.

In Washington University’s student portal, you can declare yourselves a group, add members, and pick your preferred housing selection. The website’s setup is fairly easy, and choosing an ideal room is straight to the point. However, the hardest part is organizing all your group members to sign off and complete the necessary e-forms.

The Dorm Experience at Washington University

Having randomly-assigned roommates is not a great situation because you might be of completely different personalities. However, sharing rooms with new occupants has its benefits. Consequently, there is little drama and few distractions during personal study hours. In addition, various dorms have a lot of events to make you feel welcome.

You can opt for off-campus housing after completing your first year at Washington University. Therefore, roommate pairing can end up being a lot more successful. The environment around Washington University is quite a wonderful place, and you can blend right in. In the end, you must remember that dorms can often be just the start of your experience. Stay open-minded, and enjoy living in them as long as you stay.

What Every Girl Needs in Her Dorm Room

Things No One Tells You to Bring to College

What Does Every College Student Need